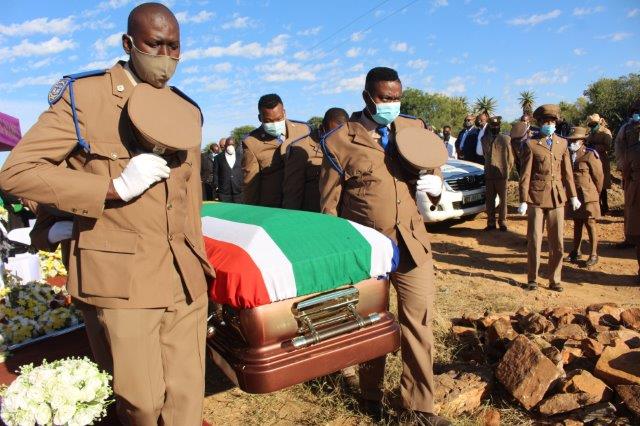 The Speaker of MKLM Council is laid to rest

The Mayor Cllr Ralesole Diale expressed his sadness and stated that Cllr Vava will always be remembered as a dedicated, hardworking councillor especially on the issues relating to running the municipality & Compliance.

Comrade Chauke described the late Cllr Vava as a dedicated Cadre who showed good leadership qualities since his days in the ANC youth league. He further shared with mourners that the late Cllr Vava joined politics at a young age and continued to work tirelessly to improve the lives of others.

Comrade Dakota Legoete concluded by bidding farewell to Cllr Vava by sharing that due to outbreak of Covid-19, unfortunately many Comrades couldn’t come to pay their last respect. As the ANC we have lost a dedicated and a humble comrade said Comrade Dakota.